How to purchase World of Dragon Nest Blue Diamonds

The first Open World MMORPG Dragon Nest! A game that combines intense stories, fast and fluid character’s control. Awake the dragon hunter and experience a challenging battle on your mobile phone. Top up your World of Dragon Nest blue diamonds at MooGold now!

How to find World of Dragon Nest Account Code:

World of Dragon Nest (WOD) story starts when… Goddess Althea who created a peaceful and harmonious world was highly praised by Demodeus.
But goddess Vestinel has become jealous of Althea. She poisoned the goddess Althea and escaped to the mysterious land. Goddess Althea, who has been poisoned, fell ill and entered a long slumber and our Althea world was born from the dream of the goddess.

Time has passed, a fraction of the Chaos Dragon’s aura crystal has been reborn into a powerful Black Dragon Karas. Humans stood no chance against it.

Geraint and Argenta, born from the power of Ancient Dragon, transformed into a human and gathered forces from all tribes to protect the world. He has hidden the fact that he was a dragon race because the dragon is a symbol of hatred and cruelty for humans. Geraint and his allies who have been called the Six Heroes traveled to the valley where the dragon Karas has resided.

Even so, the Black Dragon is not an opponent that any humans can fight. At long last, he had to abandon the human body and return to the original form to fight Karas.

Even though Velskud was shocked to learn that Geraint’s true form was a dragon, what really caught his attention was the crystal of the Black Dragon. The origin of the dragon’s power… He abandoned Geraint, who was unconscious and stole the crystal of the Black Dragon. His greed and betrayal have led Althea into a disaster. Eventually, Althea has turned into a world filled with ashes and dust.

There are no reviews yet.

Be the first to review “World of Dragon Nest” Cancel reply 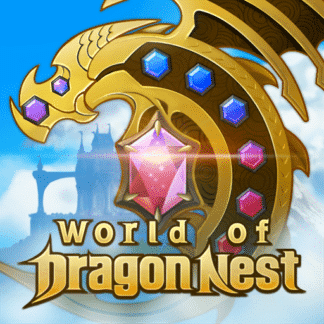 Top up credits to your MooGold Wallet and pay seamlessly now! You can top up your wallet here. Do contact us via LiveChat if you have any questions. Happy Shopping! Dismiss